Get a little bit of casino for yourself. 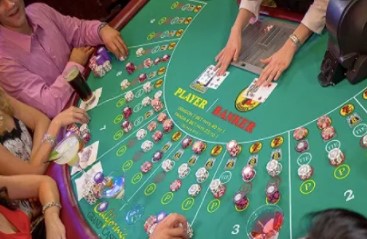 A saying goes something like this: “You don’t want to win at the casino; buy it!”It isn’t always that easy. Offline and online casinos can go bankrupt and come close. But we will be discussing other things. I won’t supply you with any tips on how to open your casino. But that’s something I might write about later. I want to talk about how you can co-own significant gambling companies. As you probably know, we will be discussing the companies that are joint-stock societies and whose stocks are traded on the stock exchange. A large number of casinos, including poker rooms, are listed on the stock exchange. This allows interested parties to purchase their shares.

The first companies to be listed historically are the well-known ones that own the offline casino sites (American Wynn, Las Vegas Sands, and other firms), European gambling monopolies that specialize in lotteries (Tipp24 – Germany, OPAP – Greece, SNAI – Italy), central European bookmakers (William Hill and Rank group, etc.IGT), well-known suppliers of equipment. Even in a recession, the cost of significant industry players can reach several billion dollars. These companies either look at the online market (American casinos) or actively participate in it (European betting-makers).

Let’s now discuss the shares of these companies. We are all familiar with them from the online casinos.

Let’s begin with the software vendors. Microgaming, RTG, and Cryptologic are the top software suppliers. However, you cannot become their co-owners. Playtech shares are pretty expensive – they can cost up to 500 Pounds per share. What’s more, they have been able to weather the current recession well. The shares were initially issued in 2006 for 300 pounds. After being bounced by the Americans, they fell to 170. But, right now, they are on the rise. The company’s total cost today is more than a billion pounds. The price isn’t encouraging because Cryptologic has had problems with clients. The shares have fallen more than ten times since 2000, from $30+ up to $2.Now, the company’s cost is only $40 million.

The Net Entertainment company’s cost (Stockholm, NET-B) was more than two billion. I felt a scarce dizzy at first, but then I realized they were Swedish Kronas. In Euros, it would have been ten times lower. The company was introduced to the market in 2009 and had been steadily increasing in price ever since. Shares are relatively inexpensive at 6-7 per share.

Some companies are masters of all trades. These include own soft, casino, and poker as well as bets. The market currently has two of the most prominent companies of this type.PartyGaming (LSE: PRTY), PartyPoker, and several other casinos entered the market in June 2005. Later, betting, bingo, and financial trading were added. They started at PS1,350 and climbed to PS1,730. This resulted in a company cost of more than $10 bln. After bouncing the Americans, 2006 saw the cost drop many times. The share price is just PS230, and the total company cost is about PS1 billion (or $1.5 billion). The most popular online casino, with its own soft and poker-room and other games of chance, is Casino on Net. 888 Plc is the exact name. The company was only corporatized a few months later. The shares increased in price from PS170 and PS230. 2006 was also affected, although not as much as Party. Strangely, however, the company suffered a significant drop-down in spring 2010. Now, shares cost PS44. This gives it a capitalization of just PS150 mln.

There aren’t many companies that specialize in online casinos that are listed on the stock market. They are two. Both entered the stock market in 2005, which was when online companies were most popularly added to the stock exchange. Both were affected by the American bounce (although they had previously been specializing in European markets), as well as the similar cost of their shares. Gaming VC company (LSE: VGC), also known as Casino Club, was the first to corporatize an online casino. It is also a leader in the German-speaking market and among roulette enthusiasts. As with many other shares, they grew from PS450 to PS870 after the issue. However, the famous 2006 ban on gambling in America and Casino Club’s subsequent decline saw them drop to PS100. The shares steadily grew, reaching PS200. However, the price has fallen to PS110 in the last month. The company’s capitalization is now at PS35 mln.

Our second hero is the 32 Red company (LSE : TTR). The couple also own an 32Red online casino. In 2006, the shares fell to PS130. They have since acquired numerous casinos and offered stakes. After an increase, there was a new drop down. The shares now cost about PS15 and the company’s total is around PS10 million.

Let’s look at some of the most popular players. These are mostly European offline bookmakers, which offer online and offline casino, poker, bingo, lotteries, as well as other services. This subgroup includes: William Hill (LSE : WMH), Ladbrokes and Ladbrokes. All of them cost approximately 1.2 billion.

The first pair is in pounds, and the second in Euros. (Now, the pound weighs in at 20-30 percent more than the Euro).These companies include Unibet and Bettson as well as SportingBet and Bettson.They are valued at hundreds of millions. These companies are valued at several tens to a few hundred pounds or euros. Although the price of these shares has fluctuated significantly over the years, 2006 didn’t significantly impact the share price. They initially focused on Europe, and the offline portion of the business is the predominant cost. Paddy Power, Bettson, and others have shown promising results despite the crisis.